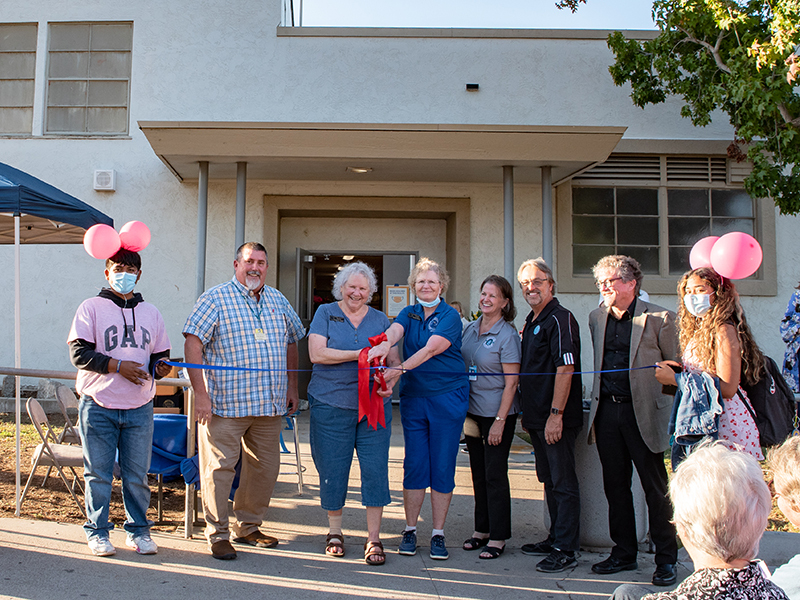 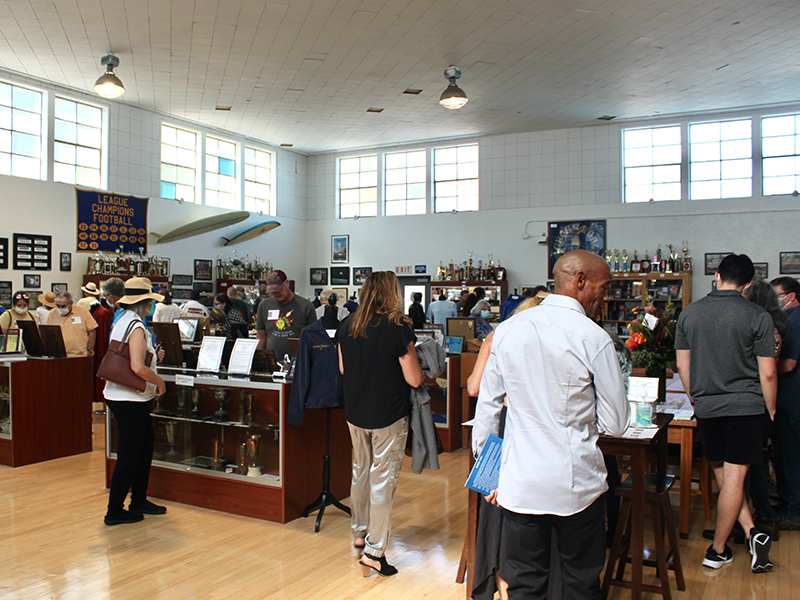 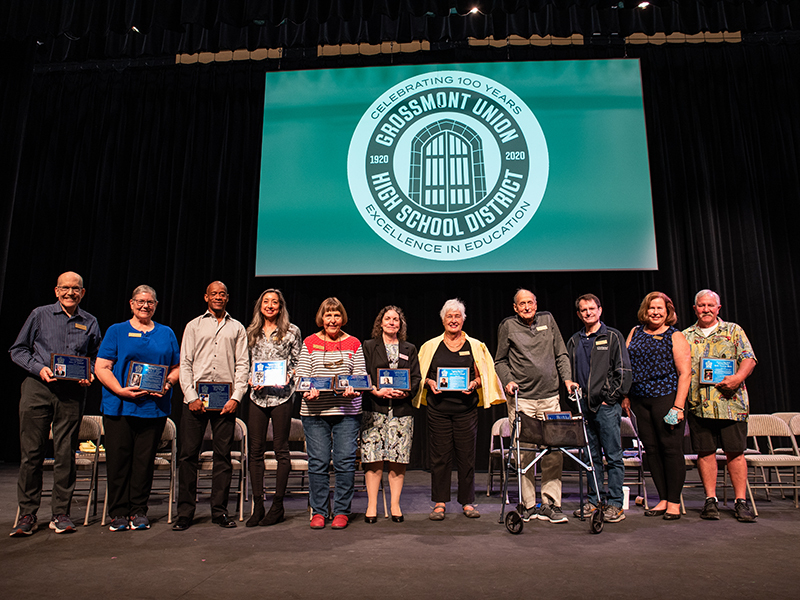 Grossmont High School’s 101st Anniversary Celebration was a time for Foothillers to gather, reminisce, and share their Foothiller pride.  101 years ago, the school’s founding board members, principal, teachers, staff, and its community could not have imagined the Grossmont of today, a school that treasures its past and embraces its future.

This identity is shown throughout the campus with the preservation of historic buildings, with the additional of modern buildings whose appearance echo the school’s origins, as well as the many bronze plaques and benches celebrating its past donated by alumni and retirees.  More than once, museum visitors have told us that Grossmont looks more like a college campus than a high school.

Friday’s events began with the dedication of the new GHS Museum.  GHS former principal and current distict superintendent Theresa Kemper recalled to the audience that 14 years ago, Connie came to her to ask if she and Lynn could start a museum on campus upon their retirement in 2007 and then recalling that the original museum was in a “broom closet”.  Needless to say, our current location is not a broom closet.

What is amazing is how engrossed GHS Museum visitors are from the minute they enter our new space. As retired teacher Rob Ridgway shared with us, “Wow! What a space you have created. I enjoyed watching the people more than the displays (which are spectacular).  Every person, couple or group I saw were totally mesmerized... including me.”

After the museum dedication, the football game began with a ceremonial coin toss by two of the 2020 Hall of Honorees, Professional Soccer Player Paul Wright and 4 Time NCAA Champion Runner Darcy Arreola Lange.  Before the Royal Blue Regiment’s performance at halftime, the Hall of Honorees in attendance were introduced from the Science Porch seating area overlooking the field.  The Zumwalt family including three 1970s graduates as well as Sue Sharpe, Class of 1954 and a retired PE teacher, enjoyed spurring the team on by singing GHS’s 1970s fight song.

The celebration continued Saturday with the La Mesa Historical Society’s displays of local history outside the theater along with a performance by the Royal Blue Regiment Marching Band.  After the Hall of Honor ceremony, performances on the theater plaza by dance students and by the NJROTC entertained guests.

At the beginning of the ceremony,  Principal Dan Barnes said, “For a century, our graduates have not only made an indelible mark on San Diego’s East County, but also on the county, state, and nation.”  This year’s honorees certainly confirm that.

Dan continued with the introduction of three former principals in attendance: Bill Ashman, Brad Lichtman, and Theresa Kemper, followed by the celebration of a remarkable group of 8 alumni and 4 former teachers.  In their comments after accepting their plaques, several of them acknowledged the impact Grossmont High School had on their lives and thanked influential individuals who had impacted their lives, several of whom were in attendance.

Anita Hensley, the great niece of two of the four educational pioneers, accepted the plaques for Eva McCarthy Quicksall, Carl Quicksall, and family friend Ethel Prosser.  Carl and Ethel began at GHS in 1920 and Eva 1921. Their impact on Grossmont was profound.

After the ceremony, Anita shared with us, “A giant thank you to both of you for a wonderful weekend! Being presented with 3 plaques was a thrill beyond belief. So very proud of my great aunt and uncle. The museum is beautiful.”

Visit the museum to see the plaques honoring these 12 remarkable individuals as well as memorabilia documenting 101 years of Foothiller and east county history.

The GHS Museum will be open 10-1 on Saturday, November 6th and on Wednesday, November 17th. You may visit other Wednesdays, by appointment only.  For more information, visit our website at foothillermuseum.com or contact us at or 619-668-6140.  Masks are required indoors on campus when students are present and always indoors for the unvaccinated.