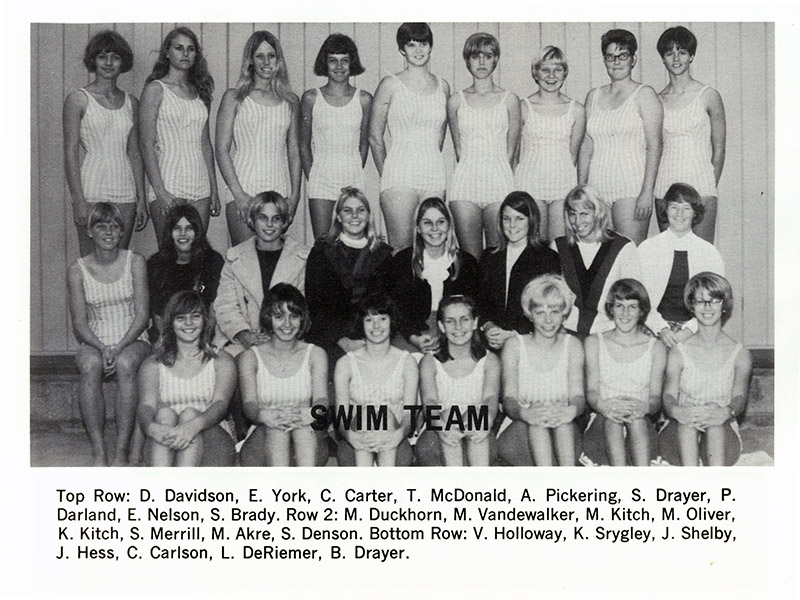 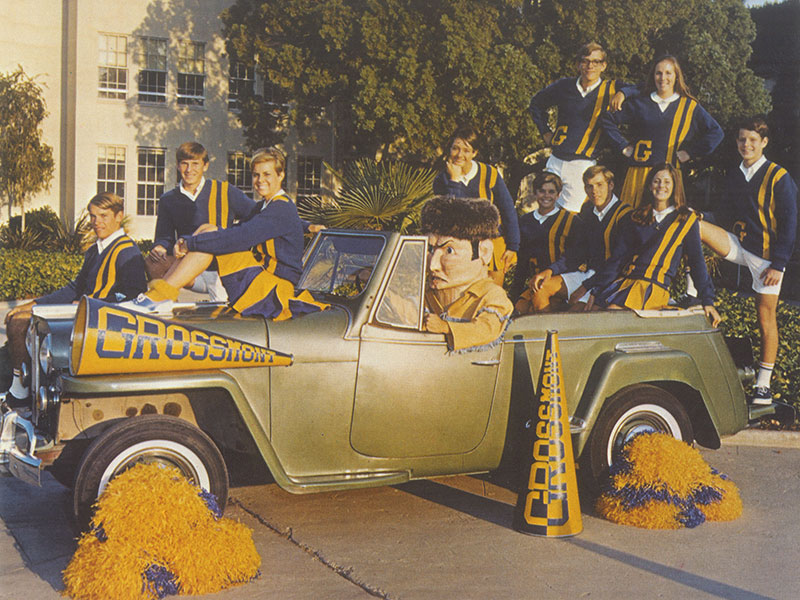 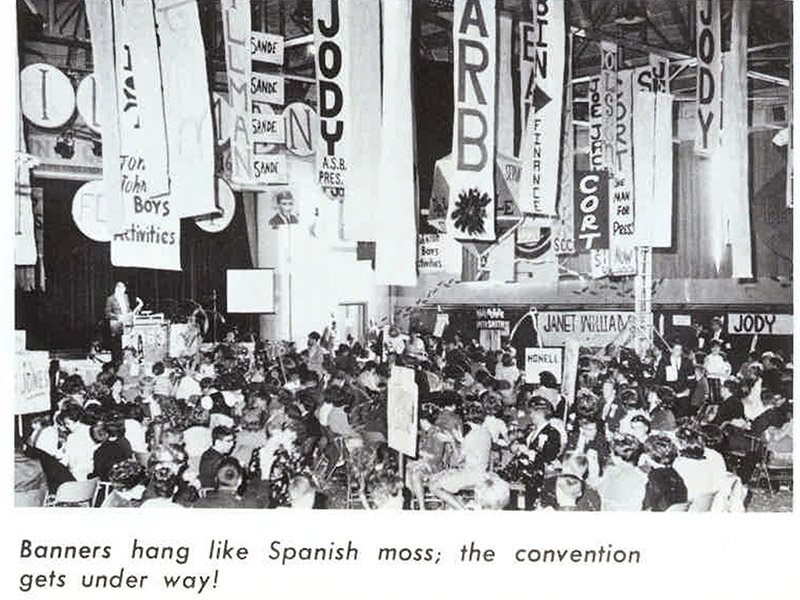 Every decade has its own voice, but the 1960s decade has become iconic in multiple ways; reading the student newspaper the Foothill Echoes reminds us of the universal experiences of students finding their voices.

In the March 18, 1960 newspaper, ASB presidential candidates shared their views.  John Reutter begins metaphorically, “The stage is set, and the lights are out.  The curtain flies open and spots flash on.  Action starts.  Grossmont, you are on stage.  The spotlight of the future is focused on you.  This is no ordinary play taking place, but a real live drama.  You are the writer, the actor, and the director.  The audience is the future, your future and my future.”

In November 17, 1961, the country’s fear of a nuclear bomb attack is evident in several articles.  “The Bomb Hits: If in School, What Will You Do?” begins, “The Berlin Crisis and Khrushchev’s many-megaton-scare blasts are awakening the entire nation to a few, hard, cold facts of nuclear life.  First, nuclear war is not an impossibility.  Second, surviving a nuclear war is not an impossibility….”

An adjacent article, “Are Shelters Help or Tomb?” asks several students:  “What is your opinion of community bomb shelters as opposed to home shelters?”

Student Bobbie Christianson practically responds, “Community shelters are better because not everyone can afford to buy a home shelter.”

Danny Traskell believed, “Home shelters are better because they are more private.”

In the January 18, 1963 Foothill Echoes column “To Be Shurr”, columnist  Bonnie Schurr begins, “Boys, have you ever wondered what the girls do in gym when it rains? Well, they play “Black Bottom”, which can be literally interpreted, for it is played with a huge medicine ball that is kicked with the feet while sitting on the floor.  Carolyn Brosh and Tina Kling used their heads instead of their feet.”

(“The new GHS Museum is located in the 1950 Girls Rec Room where these “Black Bottom” games took place.  We well remember the “crush” of hundreds of girls in their white gym blouses and white shorts divided into two teams frantically trying to get the ball to the “goal”, using only our feet. Some memories never fade.”)

The emergence of the Beatles as a cultural phenomenon was not welcomed by all Foothillers, nor their teachers.  The February 28, 1964 column “News Hound” asked students, “What Do You Think of the Beatles?”

Andrea Bull gushes, “I just love them!  Their hair is classic and all boys should have a Beatle wig.”

John Colonghi, 2020 Hall of Honoree, contradicts Andrea with “Everybody is getting tired of them because they have so many records out.  Personally, I feel they have a few good records out, but the rest are just money makers.”

Echoing the thoughts of many adults, Finance Secretary “Mom” Sherman states, “Much like Elvis, they are not in tune, and they are not good looking. They are a passing fad.”

Mr. Cousineau, Dean of Students, ironically reiterated that belief with “I hope they’re a passing fad.”

In the November 18, 1966 column “Sport ‘N Stuff”,  before official varsity girls sports, Bruce Ramet foreshadows the upcoming Title IX revolution.  “The Women Folk of Grossmont High have won again!  The Girls’ Swim Team  took first place over Helix in the Second Annual Invitational Relays at La Mesa Pool on Oct. 25th.  The thirty-nine girls work out regularly at the La Mesa Pool.  It looks as though their workouts pay off.”

The column continues… “Fellas, they support us Men Folk while we engage in our various sports events, so let’s get out and support the girls when they are competing. After all it is not every school that has a Girls’ Swim Team!”

The changing political landscape of the 1960s is evident in the September 17, 1968 column “18 Is Old Enough for…” by Kathie Ferree, which begins “Just what is it that makes 21 such a “magic” age?  In Medieval times it was regarded as the proper age to become a member of the knighthood, and in colonial days it permitted young men of 21 the right to vote.  Today, hundreds of years later, the same thing still holds true-21 in most states is considered the legal voting age.

“…What’s wrong with that?... there is a commonly regarded feeling that the registration of 18-year old males as eligible to be drafted-ready to live, fight, or die for their country in an undeclared war—should at least give them some say as to what kind of government they want to live under….”  Kathie’s argument is made more powerful as we reflect on the 11 Foothillers who died in the Vietnam War, 8 of whom graduated in the 1960s.

Grossmont High School provided its students of the ‘60s opportunities to mature, finding  their voices, voices that echo today.

In honor of our historic 100 Years of Excellence Celebration, the GHS Educational Foundation is sponsoring a scholarship fundraising program. $100 for 100 Years donors will have their names,  their families', or their businesses’ names engraved on 2x4 inch gray tiles, which will be displayed on a wall at the front of the high school.

The GHS Museum is currently closed, but we are checking our emails at and our phone messages at 619-668-6140.