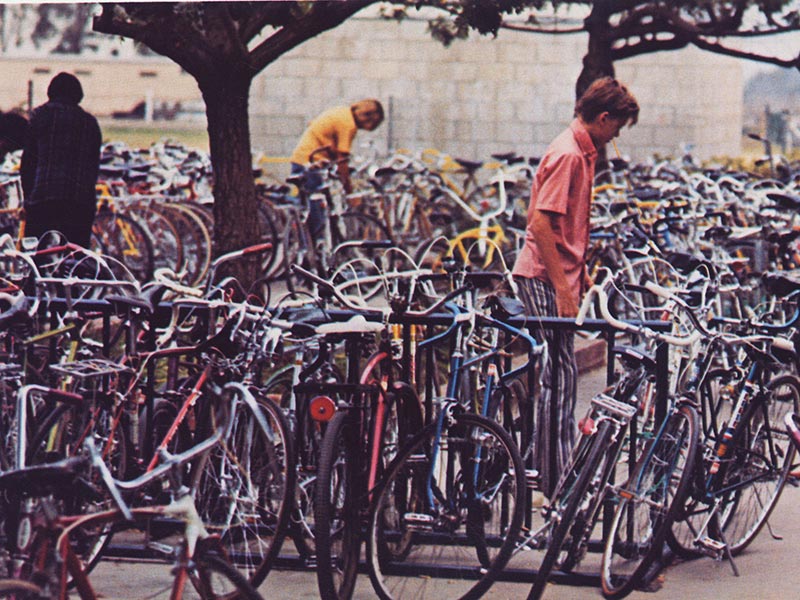 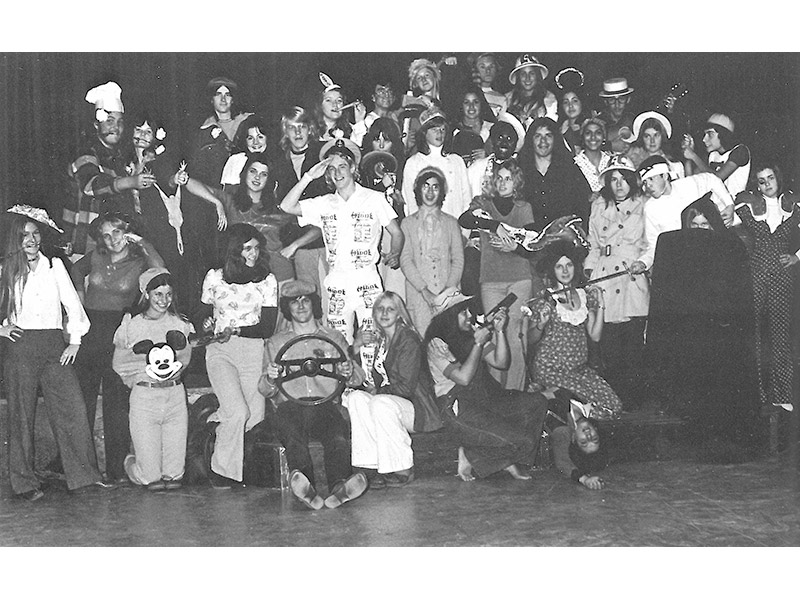 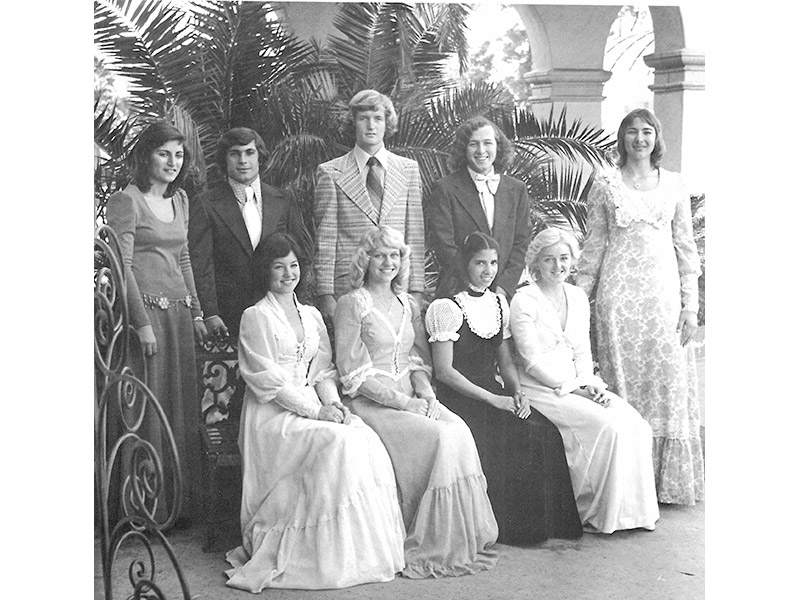 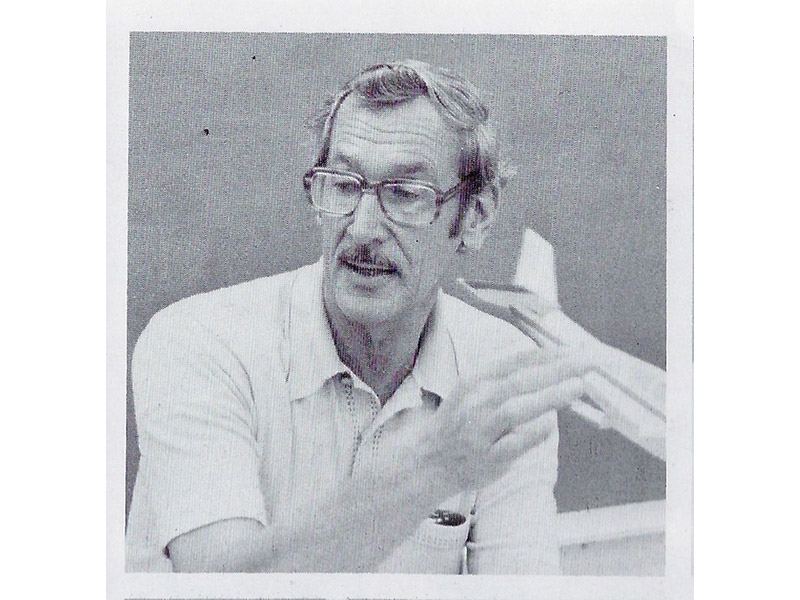 The 1970s student newspaper, Foothill Echoes, captures the distinctive voices of students discovering themselves and their values, and at the same time, enjoying  the high school experience.

The May 14, 1971 article, “Want to Get High This Summer?” by Christine Albert begins, “Have a thing about dew points, wing tip vertices, even dry adiabatic lapse raters? Or maybe you’d be satisfied in just knowing what they mean….In any case, if you’re interested in aviation, there will be an excellent opportunity to delve into basic aeronautics via a course offered at Grossmont High School this summer.

According to the instructor, Mr. Lloyd La Plant, the course will be the equivalent of a ground school program for private pilots.  The 4 hour 7 week course will provide 10 units of science credits, and students who conscientiously complete the curriculum usually are able to pass the FAA 4 hour written examination required of all licensed pilots.

Mr. La Plant taught the course four years ago, and he is well qualified to give students an insight into the world of aviation.  He is a former Navy pilot and started flying in 1937.  With over 6000 hours, he holds a commercial airplane and glider license and is a FAA Certified Flight Instructor for airplanes and gliders.  Weekends find him soaring in his sailplane at Lake Elsinore or Torrey Pines.

The course is open to both boys and girls and 24 are now enrolled.  The academic portion of the course includes theory of flight, navigation, communications, use of flight computer, meteorology, air traffic control procedures, and Federal Aviation Regulations.”  (The GHS Museum has on display the flight simulator used in the class as well as the lesson plans used by Mr. La Plant.)

In the February 16, 1973, Colin Walsh in his letter to the editor, discusses a particularly relevant topic: “Hypocrisy Charged” and objects to the January 19 editorial “Students Alarmed”, stating that “The article was opinionated and based on unfounded assumptions.

Many of those who read this will say it was the writer’s constitutional right to express his views; however, he neglected his responsibility to his readers by not justifying his opinions with logical thoughts.  The stereotyping used by the writer is unfair, for example: to the person who cuts his hair but is not politically conservative.

The article was also hypocritical in that the writer later criticizes a certain stereotyped group for racism, yet racism really starts with just such a stereotype.  I see in the editorial an attempt to put down success; possibly the writer is rationalizing about his own failures or maybe he is trying to open the way to the abandonment of discipline.

In the author’s attempt to establish his liberalism, he has gone to the point of not accepting views other than his own.  A true liberal is one who is broadminded and open to new ideas.

Finally, let me say that I am not arguing for or against any political viewpoint, but instead pointing out that tolerance of opposing views is necessary in any society.”

Two years later, the lack of equality between boys and girls sports is argued in the Letter to the Editor: “Girls Fight Back”, by Nancy Biddle in the February 14, 1975 Echoes.

“I am writing in response to the guest editorial (“Sports Equality?” January 17, 1974) written by Jeff Ward.

“In his editorial Jeff said girls’ athletics is lucky to be given the $2,000 ASB gives them because their program brings the school so little money.  I agree that we aren’t running a household as he pointed out, but more important, we aren’t running a training camp.  The idea behind high school sports shouldn’t be how much money they will bring in, but what will the participants learn from their sports experiences….

Four years later in “Replant ‘G’ Tradition”, an editorial in the June 8, 1979 Foothill Echoes, from the editorial staff newspaper, begins,  “At one time Grossmont’s symbolic power was seen by all who passed by on Interstate 8.  Our famed “G” stood out as an example of all that Grossmont stood for.

A feeling of pride, strength, and power infused the individual after one view of the giant letter, but the symbol has seemingly lost its meaning.

But, now, students may even question the “G’s” existence, asking whether it’s not just the imagined ramblings of alumni who remember the pride of their past.  But the “G” did exist.

What once was a beautiful floral arrangement that blossomed from amid the copse of surrounding pine trees has now become a few scraggily, rundown and overgrown bushes which blend smoothly into the canyon landscaping.”

For nearly 100 years, student groups and alumni have tended to  Foothiller symbolic G’s, whether they be on the hill behind Grossmont, on Cowles Mt., or on the hill in front of the school. Today the restored and lighted “Big G on the Hill” stands as a symbol of Foothiller pride.  For the past five years, Bill Woolman, Class of 1962, has been the proud caretaker of the G, shown by the loving care he gives it whenever the G needs to be “spruced up.”

The students of the 1970s lived in a time of turmoil and change, shown by their embrace of issues that concerned them.

In honor of our historic 100 Years of Excellence Celebration, the GHS Educational Foundation is sponsoring a scholarship fundraising program. $100 for 100 Years donors will have their names, their families' or their businesses’ names engraved on 2x4 inch gray tiles, which will be displayed on the front wall of the 1937 Old Gym.

The GHS Museum plans to reopen in May by appointment.  Check our website for reservation details at foothillermuseum.com. Contacts: and 619-668-6140.