At the end of the summer, we received startling news about our new museum space. In February, we had been told by the district that the size of the new museum was the same as our previous site (3000 sq. ft.), but in September, looking closely at the plans with the actual dimensions on them, we learned that the space is actually one third smaller (less than 2000 sq. ft). The size had been reduced, unbeknownst to the principal or to us.

We can’t describe our disappointment and anger as we try to envision fitting all of our wonderful displays into a much smaller space. A continual sadness for us these past few months is how much we miss sharing the museum with the students, staff, and alumni.

However, this summer we did share the campus with several classes as part of their reunions. In July, members of the Class of 1958 visited the three benches they purchased to honor beloved teachers Eva McCarthy Quicksall, George Gross, and Tom Warburton. Family members of Eva and George joined them and shared their memories. The group also toured the original school, where they had many classes, reliving their Foothiller. 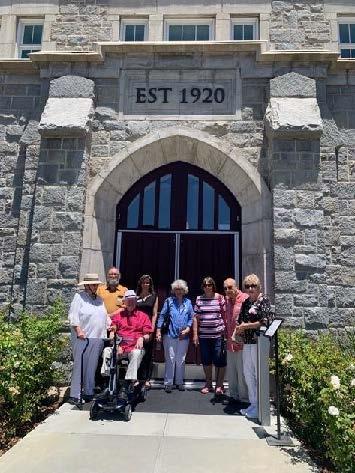 At the end of July, the Classes of 1980, 1981, and 1982 spent two hours touring the campus, inside the “Castle” and various high school buildings including the Old Gym, the new school office, as well as the Performing Arts complex. Standing on the Old Gym stage, they enjoyed reliving Christmas Pageant memories and then later sang again from the new theater stage. 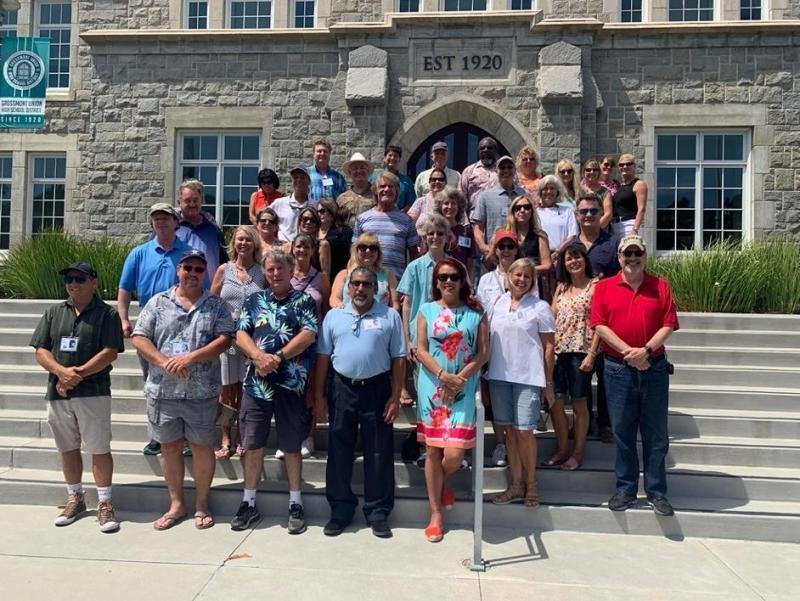 The Class of 1992 toured the campus for more than 2 hours, with highlights being a visit to retired teacher Tom Eklund’s classroom; Tom joined them at their reunion activities. They loved the theater and enjoyed reliving their Royal Blue Regiment memories in the band room and actually marching on the football field. 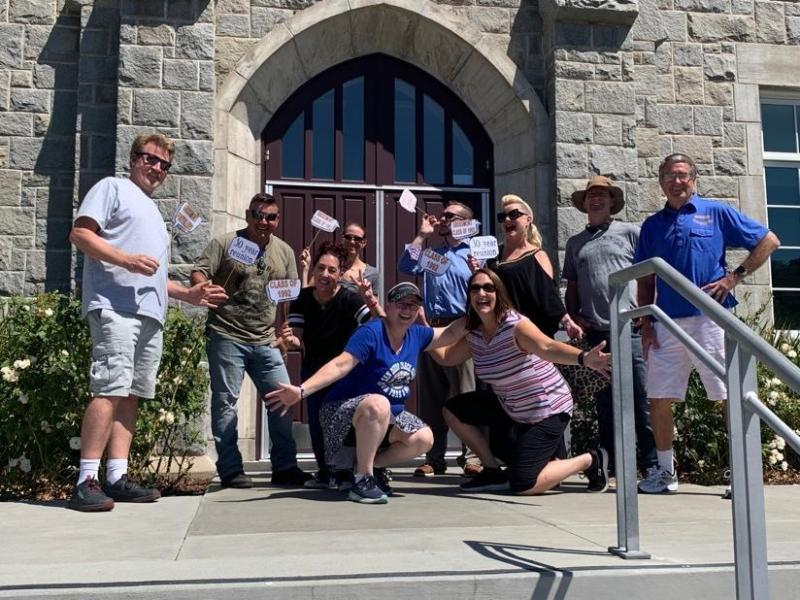 The La Mesa Historical Society’s Home Tour on November 5th included a visit to the 1922 “Castle”, celebrating its 100 year anniversary. The building has been lovingly preserved. Visitors were impressed with the exposed ceiling beams, the reused hardwood floors in the hallways, the 1920s-1960s display case upstairs, and Don Ginn’s Power Point presentation GHS 1920s-1980s. Lynn, Connie, Jerry Botts and his granddaughter Serena were there to answer questions and listen to Foothiller memories.

After 15 years volunteering with the GHS Museum, we are still learning about our Foothiller history. We continually receive requests for information and for photographs. We have been able to unlock some mysteries.

Which Football Team Was Nicknamed the Steel Tumbleweeds?

Via email, we received this photo with the team standing behind a “steel tumbleweed” with requests for information about the year and the significance of the “trophy”. Thanks to several responses via email and on our Facebook page, we think we understand. 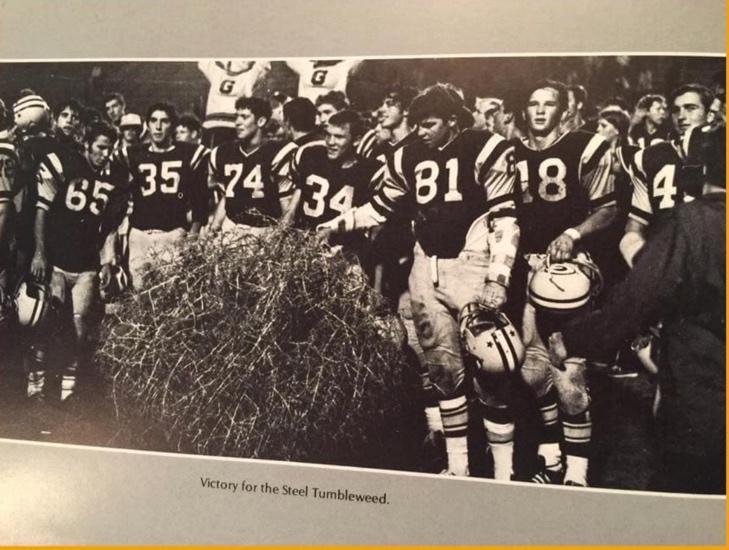 In front of the team in this photo is the “Steel Tumbleweed”, which one alumnus believed to be a perpetual trophy between Patrick Henry and GHS, but others shared it was a metaphor for the offense and a mascot for the team.

Over the summer, we were asked for photos of George at GHS to be shared on a chess website. We were able to locate several photos of him in the yearbooks, including George as chess club advisor. While teaching, he built another career as a respected and renowned chess player.

We received this reply about the information we shared, “Your help has been wonderful. Now, no mystery remains for putting a face with the many games by George A. Hunnex….I didn't overwhelm the page with his chess, only where it mentions he was WINNING of course, and in one such news item from 1963 -- very impressive feat, with Mr. Hunnex' take down of Svetozar Gligoric at the board, an International Grandmaster at world competition level skill.” https://best-in-chess.blogspot.com/p/george-hunnex.html.

We have wonderful memories of Curt, a positive and caring man.  He was Connie's Algebra II teacher; Connie also babysat for his children.  He was advisor to Lynn's Class of 1969. In recent years, he had reconnected with GHS through attending the Class of 1965’s 50th Reunion, the dedication of the Walter Barnett plaque in the New Gym, and recently the dedication of the bench honoring him. We will miss him. Obituary

On Facebook, alumnus Erin Vidali Proudfoot shares, “Warren Torns, 78, passed away this September 2022. He was the director of the Grossmont Royal Blue Regiment (marching band!) from Fall 1988 to Spring 1991 - three wonderful seasons where we advanced in “class rating” every year he directed us. Mr. Torns made a HUGE impact in the lives of many young musicians and he will be truly missed.”

Tragically, Social Science Teacher and Soccer, Lacrosse, and Golf Coach John Neill passed away on September 10th. After teaching at Grossmont for 19 years, John retired in June 2022. A memorial was held to honor and mourn his loss on September 25, 2022. Here’s an online article about John early in his career at GHS.

Before he retired, John contacted us to donate several items documenting his time as a coach at GHS. These reminders of John’s passing are many team photos, clothing, and even a historic wooden lacrosse stick.

We continue to receive donations of wonderful memorabilia. In the past few months, we received a Dons Service Club navy blue silk jacket from Don Snyder, Class of 1956, and a 1953-1954 gold corduroy cheer outfit with a sleeveless top and pants from Joanie Yarger Hanson, Class of 1955. Both of them were displayed in the Castle during the LM History Center Tour, along with their yearbook photos.

A poignant item we received from Heather Stone Smith, Class of 1992, is a gold ribbon with the names of four Foothillers who died during the 1991-92 school year which reads, “Four Lost during the 1991-1992 School Year”: Juniors Stacey Kent and Julie Callery (who died in a car accident), Senior Tameka Henderson (who was murdered), and beloved teacher Alice Bardon (illness).

For a complete list of our 2022 financial and memorabilia donors, visit our website at https://www.foothillermuseum.com/museum-donors. We welcome financial donations to fund projects such as digitalizing our film, record, and slide collections and creating a photo book documenting the 2008-2022 GHS Museums.

Please donate on our website at foothillemuseum.com. or to donate by check payable to GHS Educational Foundation, please mail it to Connie and Lynn Baer, 5990 Avenorra Dr., La Mesa, CA 91942.

If you haven’t had a chance to fully explore our website, take a few minutes to learn more about our Hall of Honorees, read alumnus Don Ginn’s History of GHS, catch up on our columns and newsletters, browse our Store pages, explore the Hall of Honorees, help us update our Alumni In Memoriam, and more. Visit foothillermuseum.com and enjoy!
Also, check out our Facebook page at Grossmont High School Museum and Alumni Facebook. Our thanks to Jerry Botts and Paul Miller for their assistance with Facebook. Recentposts have included links to newspaper articles about Ben Cloud, Class of 1949, and Don Rich,Class of 1947.

Reflecting on our 15 year journey into Foothiller history, we are continually comforted bythe great love Foothillers have for their school. Second semester 2022 many students sharedtheir sadness at our closing, but many looked ahead.

As English teacher Elizabeth Stellin shared with us after her classes’ visits, “My studentsare still talking about their museum visit; they had so much fun! Some of the kids haveexpressed interest in helping you guys move items if you need any additional help carryingthese precious items.” 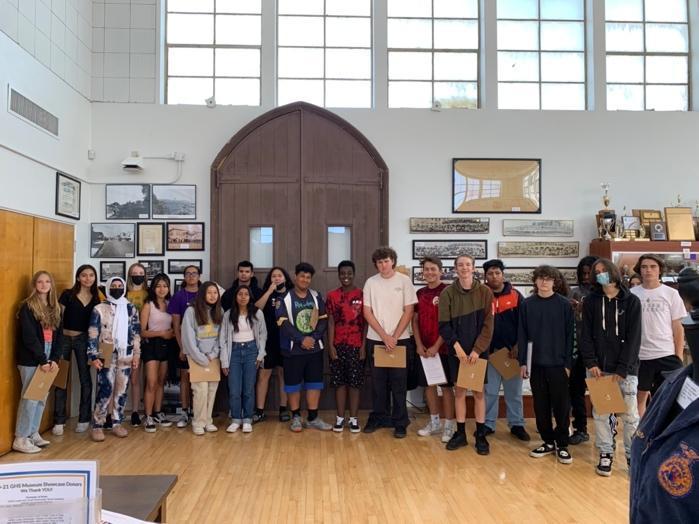 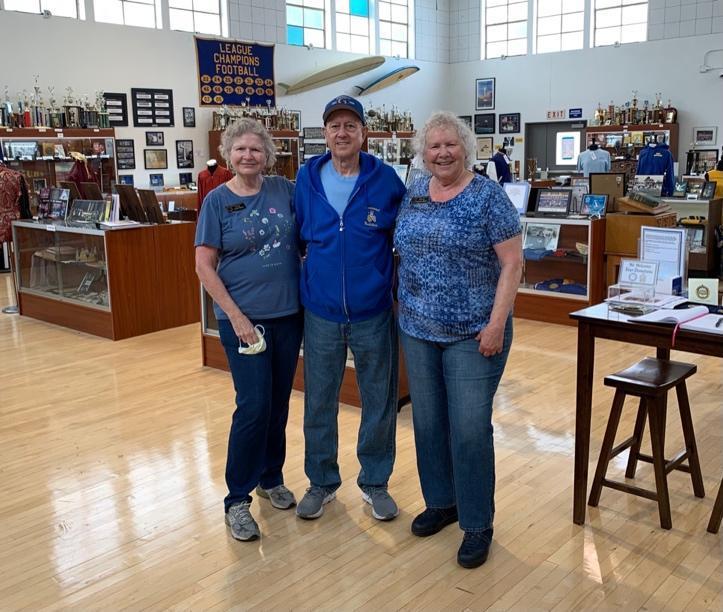 Thank you for sharing our journey to celebrate,preserve, and display Foothillerhistory. We wish you happy holidays!