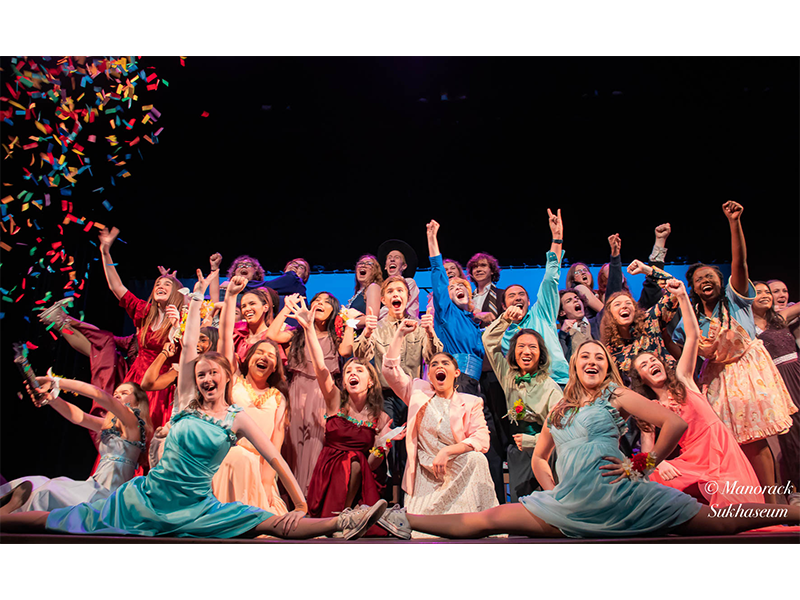 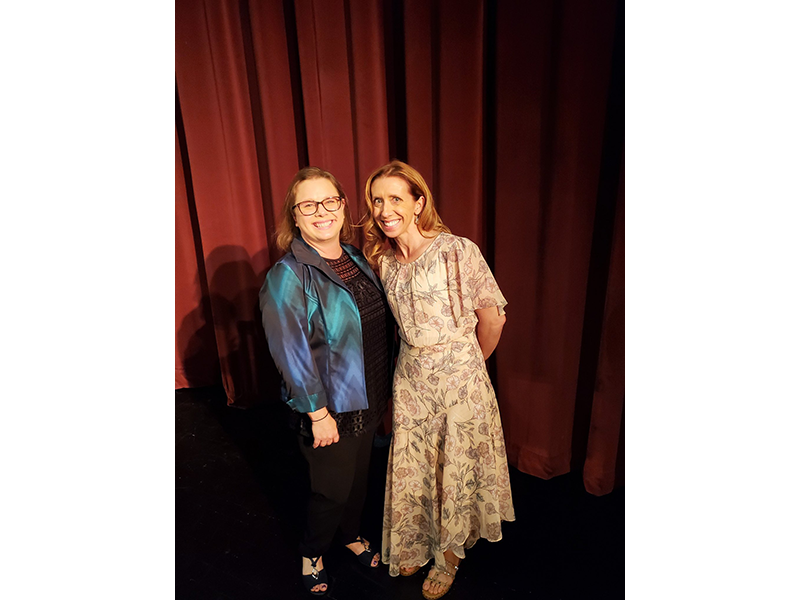 2022 Teachers of the Year Stephanie LeBerge-Luhnow and Amity Ecker 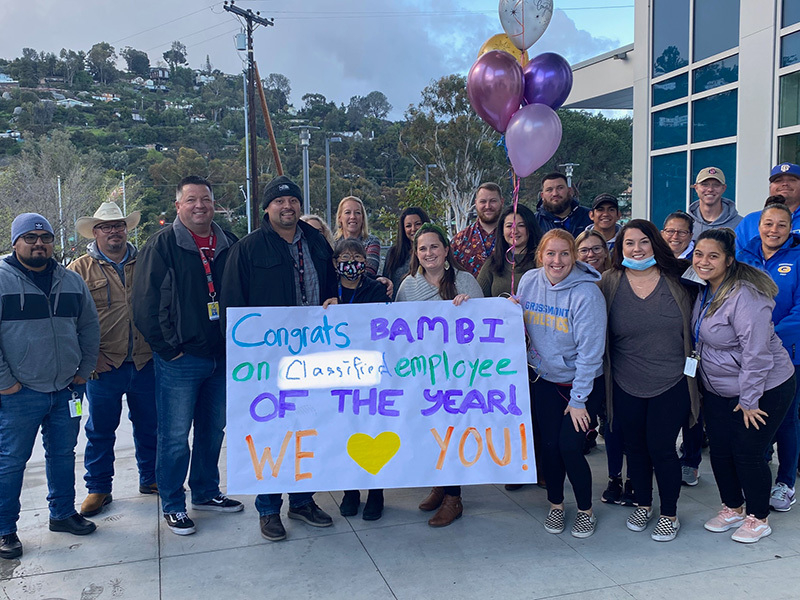 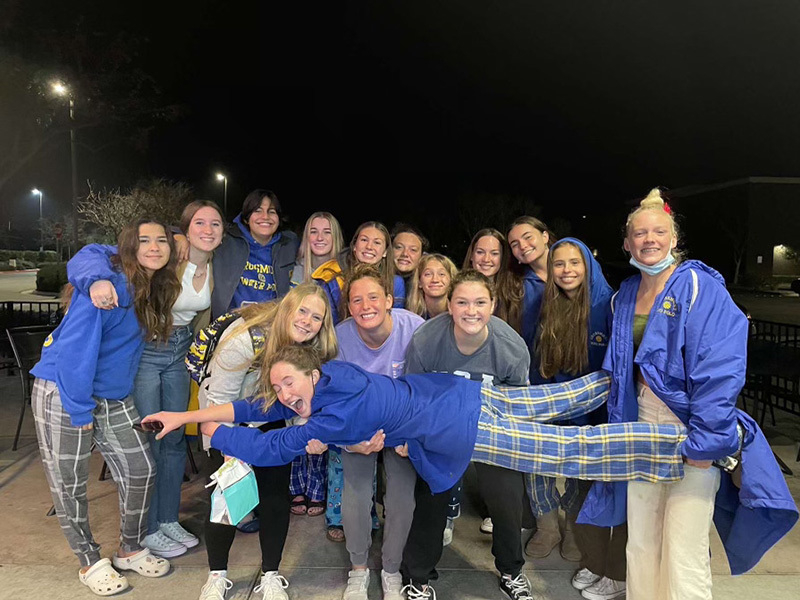 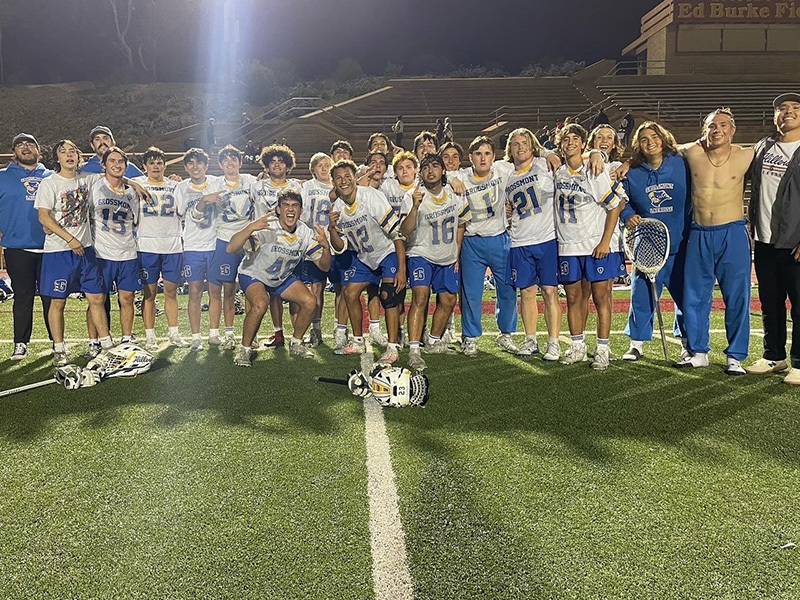 2022 Boys Lacrosse Team after Their Victory over Torrey Pines 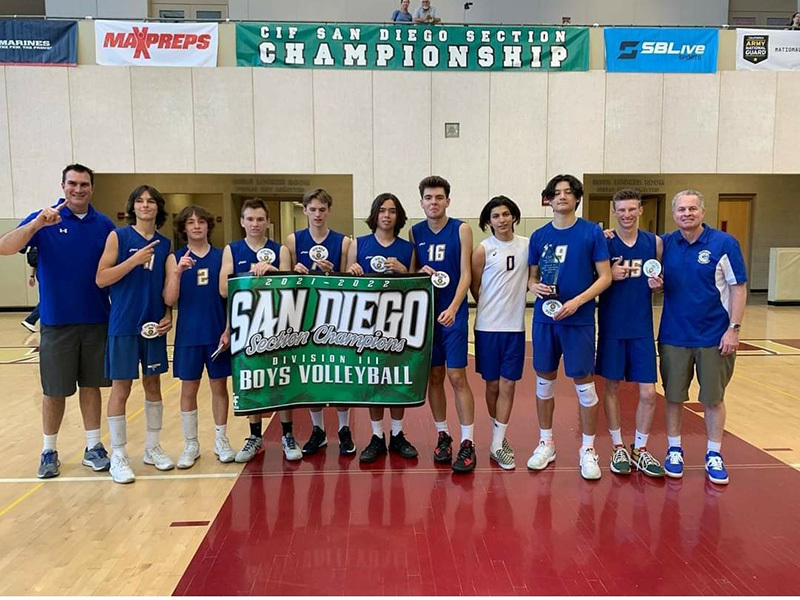 During the past two years, the challenges faced by GHS students and staff made the cautious return to activities and sports even more joyful this spring. These were some of the Foothiller achievements second semester.

In 1921, Grossmont’s first play, “All of a Sudden Peggy”, was performed.  101 years later, drama teacher Amity Ecker describes this year’s production:  “The Foothiller Players opened the first musical production, Footloose, on the Main Stage in our new Theatre! The show was a celebration of the opening of the new theatre and was a collaboration with the Dance and Theatre Departments at GHS.  Prior to opening night, there was a community ribbon cutting ceremony, where students were honored with certificates from California State senators and assemblymen and which was featured on KUSI. Over 50 students were involved in the show, and they played to sold out houses over 6 evenings of the production run.”

Staff Members of the Year

These staff members were selected for their professionalism, their dedication, and their caring.

Drama Teacher Amity Ecker, selected by GHS students as its Golden Apple Teacher of the Year.

GHS Nurse Year Bambi Arredondo, chosen by the GHS staff as its Classified Employee of the year.

Congratulations to our 2022 League and CIF Championship sports teams.

Girls Water Polo finished second in CIF Open Division Championship and won its 8th League Championship since its first championship in 1998.  Coach Danielle Cook shares, “This is a season I’ve always dreamed about as a coach. The work of everyone from the coaching staff, parents, to the amazing young women in the water really came through in the end. We battled every day to be better than the day before, and every member of the team played an important role to help achieve these goals.”

Boys Basketball, 33rd League Championship since its first in 1924

Boys Soccer, 10th League Championship since its first in 1973

Boys Golf, 14th League Championship since its first in 1983

Boys Lacrosse, 13th League Championship since its first in 2005. According to Coach Nick Hernandez, “We had a great season this year with an incredibly talented group of young men. Our win against Torrey Pines HS was one of the biggest wins in our program’s history. Grossmont finished the regular season ranked #3 in San Diego County.”

Boys Tennis, 44th League Championship since its first in 1939.  Coach Wayne Eddington shares, “We were young and talented in singles and had a few veteran doubles teams.  That combo produced an excellent team and season!  15-1 overall  and 8-0 in league play. The top 2 singles players were Blake Lorenzo who was selected League MVP and Jun Dilmaghanian who advanced to the Final 16 in the CIF SD City Tournament.”

Boys Volleyball, GHS’s 20th League Championship since its first in 1991, and its 2nd CIF Championship.  Coach Aaron French describes the season: “The Grossmont Boys Volleyball team worked hard day in and day out throughout the season.  Because of their passion for the game and their willingness to push themselves, they were able to battle adversity and win the CIF Division 3 Championship.”

Throughout the semester, Foothiller students and staff were eager to return to a sense of normalcy; the students’ and the coaches’ accomplishments are impressive, reflecting the pride and achievement of Foothillers in and out of the classroom.

While we are closed, we will have an “office” in the Social Science lounge in the lower quad.  There, we will have access to our file cabinets, our yearbooks, the bound newspapers, and research items we use frequently; we will continue to write our monthly columns and our newsletters.

With prior arrangement, reunions are welcome to contact us to schedule a campus and district office tour.  Visit our website at foothillermuseum.com to learn more about GHS, past and present.  Contacts: 619-668-6140 and .

Class of 1992:  Saturday, August 27th, 2022. To RSVP and purchase a ticket, alumni will need to visit: https://www.reunion-specialists.com/reunion2.php?reunion=939#.YocipeiZO3A