In the 1970’s during a time when downtown La Mesa was feeling the impact of competition from the large shopping malls such as Grossmont Center, Gordon Austin thought of ways to bring people back to La Mesa.

In 1976, Gordon became executive director of the La Mesa Chamber of Commerce, a position he held for 24 years. In this leadership position, Gordon was responsible for the creation of two annual events in La Mesa: Oktoberfest and the Christmas Village. Using public works grants, La Mesa’s merchants and community leaders organized the restoration of its historic downtown village area, attracting small merchants and businesses to create a quaint downtown village.

Gordon Austin was also publisher of the La Mesa News, a 16-page “voice” for area merchants and residents. He was responsible for the creation of Econ-Ed, a class that the Grossmont UHS District adopted and a concept that has been accepted nationally. At one time, he was co-owner and manager of the Village Restaurant on La Mesa Blvd.

Photographing one of the most spectacular moments of the 20th century, Earthrise, on 1968’s Apollo 8 mission, Bill Anders was one of the first humans to visit the moon.

After his historic Moon flight, Anders would continue to serve his country, becoming the first Chairman of the Nuclear Regulatory Commission, and serving as United States Ambassador to Norway. Bill retired as a Major General in the Air Force and as CEO and Chairman of General Dynamics.

Anders enjoyed his time at Grossmont, particularly his participation on the tennis team. Although Anders left before he could graduate from Grossmont, he is one of the most respected members of the school’s Hall of Honor.

In 1971, L. Don Shields was appointed Cal State Fullerton’s second President at the age of 34, becoming the youngest university college chief executive in the country. He served as President at Fullerton for ten years before becoming President of Southern Methodist University, a position he held until 1986.

After receiving his PH.D. in Chemistry from the University of Los Angeles, in 1963 Don joined CSF as a Professor of Chemistry, and he quickly established himself as an extraordinary teacher and scholar, later receiving the California State Legislature Distinguished Teaching Award. From 1963-1967, he was Vice-President for Administration.

In 1974, President Gerald Ford appointed Don to a 6-year term on the National Science Board, which oversees the National Science Foundation. From 1989-1995, Don was executive director of the California Council on Science and Technology, just one of the many groups Don Shields served on as an advocate for the advancement of science. 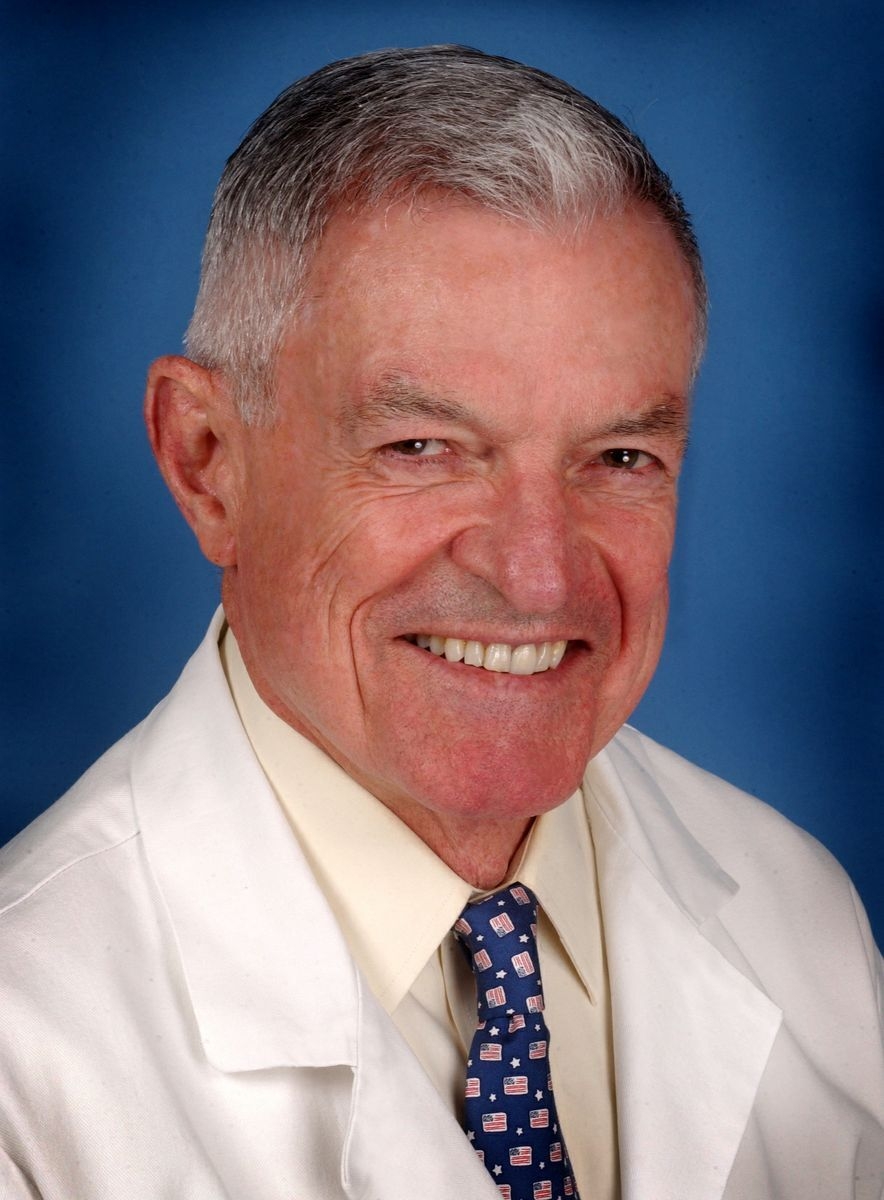 Timothy Miller has spent four decades training surgeons at the David Geffen School of Medicine at UCLA, where he was Chief of the Division of Plastic and Reconstructive Surgery. Dr. Miller has published over one hundred scholarly articles and more than forty textbook chapters, as well as a novel Practice to Deceive, a Literary Guild selection.

Dr. Miller served in Vietnam from 1965-1966, where he was exposed to the wounds and burns sustained from IED’s as well as the experience of war. There, he was awarded the Bronze Star and the Vietnam Special Forces Parachute Wings.

In 2007, Dr. Miller was the co-founder and first Surgical Director of Operation Mend-a unique program whose purpose is to address the comprehensive needs of returning soldiers who have suffered severely disfiguring facial wounds in Iraq and Afghanistan. Dr. Miller has performed more than 230 reconstructive surgical procedures through Operations Mend, whose motto is “It is the divine right of man to appear human” ---a 1550 quote, etched in a chapel near the University of Bologna.

As a professor emeritus, Dr. Miller continues to perform surgeries for Operation Mend patients. Dr. Miller summarized these efforts by quoting Staff Sergeant Octavio Sanchez, USMC, who said, “Thank you for what you did; you took everyone’s stares off me.”

In 1950, a flip of a coin began a journey that would lead Seokjin Choi from Korea to Grossmont High School and to a new life as James Choi Spackman, the adopted son of U.S. Marine Sergeant Clarence Spackman. After arriving at Grossmont at the age of 15 and being placed in tenth grade, James quickly distinguished himself as a diligent student with the encouragement of English teacher George Gross and others. As a senior, James was elected ASB President, and upon graduation, received a scholarship to Harvard College and then entered Columbia University for graduate work.

After serving in the U.S. Air Force for 4 years and then later in the Korean army for 2 years, James began a 25-year relationship with banking in Korea. In 1987 he joined Prudential Financial, and by 1993 was the first President of Prudential Life Insurance Company of Korea. From 2000-2002, James served as president of International Insurance Group’s Asia Region and from 2002-2005 as both president and CEO.

James’ life exemplifies what a person can achieve through intelligence, perseverance, hard work, and the lucky flip of a coin.